European priorities, especially the Green Deal or digitization, need practical realization on the ground – at the level nearest to the citizen. It is important to use the experiences and competences of the practitioners of local politics and bring them to Europe. This is done in various EU networks in which exchanges take place and joint projects are brought forward. Some of these networks deal with a wide variety of topics, while others specialize in specific areas.

Dr. Christoph Schnaudigel, District Administrator of the District Karlsruhe, is Co-President of the Council of the CCRE and member of the Executive Bureau.

In addition to the CCRE, which represents municipalities and regions, EUROCITIES creates the platform for the major cities in Europe. Active members from Baden-Württemberg are the city of Karlsruhe, the city of Mannheim and the city of Stuttgart.

For medium-sized cities, there is the EUROTOWNS network. The city of Böblingen, the city of Ulm and the city of Sindelfingen are active here from Baden-Württemberg.

In addition, there are topic-specific networks in which several municipalities from Baden-Württemberg are actively involved.

A selection of EU networks

The aim of participation in the Convenant of Mayors (Konvent der Bürgermeister) is to make new findings in the field of climate protection directly accessible to municipalities. Smaller communities in particular thus receive up-to-date information on options for action and funding opportunities. In addition, it can be used to support the diverse activities of municipalities in the field of climate protection throughout Europe.

From Baden-Württemberg, the city of Freiburg with its mayor Martin Horn is active in this network.

The European Regions Research and Innovation Network (ERRIN) is a Brussels-based platform that brings together some 120 regional organizations from more than 20 European countries. Established in 2001, ERRIN helps its members thereby to improve their regional and local research and innovation capacities and to further develop their R&I ecosystems. The network has a long-standing relationship with EU institutions and other organizations to strengthen the regional and local dimension of EU research and innovation policies and programs.


The region of Stuttgart, among others, is actively involved in ERRIN.

The region of Stuttgart is active in this network alongside the state of Baden-Württemberg.

The Network of European Metropolitan Regions and Areas

The region of Stuttgart and the region of Rhine-Neckar are members of this network from Baden-Württemberg.

It is not only the municipalities that are affected by European legislation. That is why there are various representations in Brussels. The contact details of other German representatives of political, economic and social interests at the European Union can be found here. 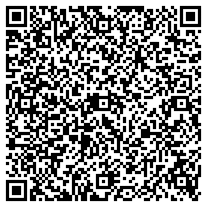 European office of the Baden-Württemberg municipalities